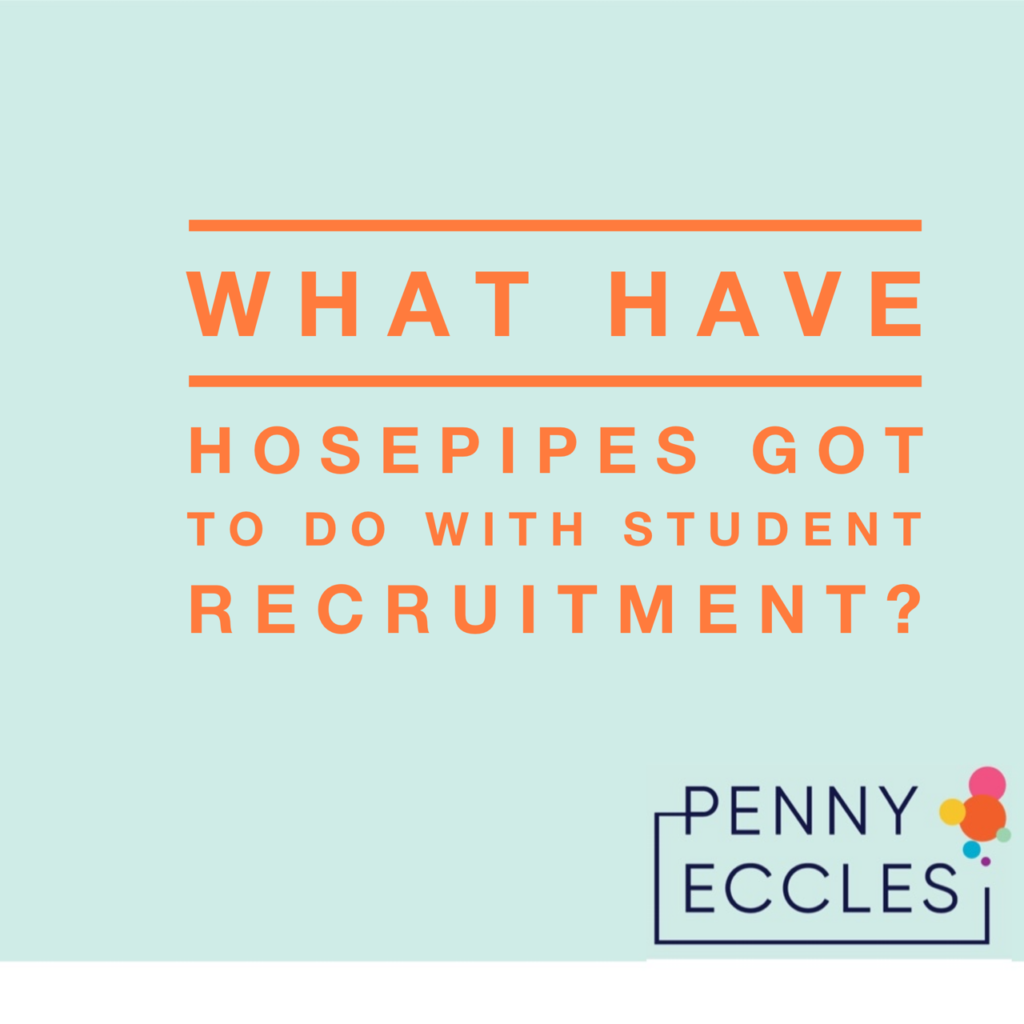 My father was my hero, but he was a little eccentric. He was incredibly thrifty so if he could make do with what he had, he would. He grew up as one of 13 children and they were all separated as evacuees in World War 2. As a result he was programmed to economise. You could say he was the ultimate eco-warrior. ‘Nothing wrong with that!’ I hear you exclaim. There is a story about a DIY coffin constructed in an evening woodwork class… but that’s for another time.

One of his prized possessions was his garden hose. It was 33 years old and it didn’t look a day over, well… 33 years old. Due to several punctures it had visited the garden shed on too many occasions. It was a messy, colourful display of patches and PVC tape.

The significant problem? It was useless as a garden hose.

As soon as he turned on the garden tap, any onlooker would be treated to an aquatic onslaught of spurts and sprinkles. As we gazed hopefully towards the end – we would see nothing more than a trickle of water to satisfy the thirsty flowers.

In my 20+ years dedicated to HE student recruitment, admissions and marketing I’ve realised that all universities operate their recruitment cycle like my dad’s leaky hosepipe. We spend many thousands, if not millions, of pounds ensuring we have a strong supply of enquirers, but sadly, during the course of 18 months we lose (leak) them. Our enrolments are a tiny fraction of the enquirers we once had. But we could have held on to more of those students by concentrating on where, and how, we lost them. Instead, we enter Clearing and spend even more money to find more students.

Paradoxically, some universities spend thousands to win back the students they lost earlier in the year.

To use the hosepipe analogy, we choose to pour a final cup of water on the flowers, rather than just fixing the source of the problem (the pipe).

The truth is, universities invariably have the answer to their recruitment problems at the start of each cycle. And if their enquirer levels are a little low there are many opportunities to boost their CRM system, if planned in good time. *Tip: start now for 2022 entry*.

The leaks can be plugged using marketing and admissions tactics alone, but if you really want to make significant gains, your institution’s leaky hosepipe should be owned at the most senior levels of the institution – and include academic, IT, accommodation, student services and planning input.

Sometimes it feels less risky and more reassuring to spend budget on media and greater exposure than to really understand what is going wrong. But if we never understand the problem we are trying to fix we will continue to throw money at the wrong problem. If I know anything about universities right now – all departments are on a mission to prove real Value for Money.

So instead of leaking leads, perhaps it’s time to start plugging them?*

*In a more effective way than my father’s hosepipe.

To help support universities, the Leaky Hosepipe Solution has been launched in collaboration with UCAS Media. It is a 28-point framework that collates all of the typical leakage points and tells you exactly where to focus your energies and resources. It is super-charged with UCAS data and the knowledge and expertise of their clever data scientists, so you can see your key leakage points in comparison to your competitors. And you get a series of recommendations to help you start plugging the leaks from day one. Contact us for more information.